The girl next door (Noah's girlfriend) loved the pencilrol.. The poor girl is ill for a while so also on her party. She was more sleeping then partying.

I have stitched again, it's a lot of white what I'm stitching so not much change:

I have orded the green color I hope it arrive tommorrow. Also I'm almost out of white, when too get some at my friends tonight, see had a lot of white..

Speeking of white, look at this: 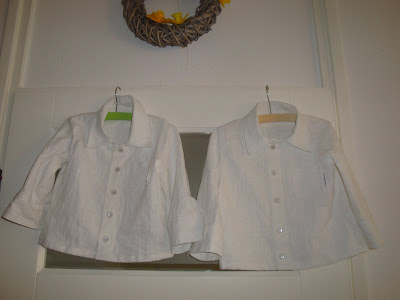 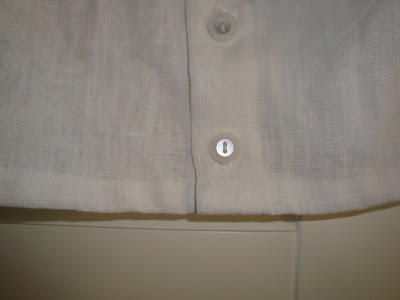 The blouses for Noah and Mika are both done!!!
Today I made the blouse for Mika, and wanted to finish them both by the evening and it succeeded.. I broke 2 buttons thankfully i bought 2 to many, and I just saw I have 1 more, The guy had giving my one to many..

But you can not only sew fabric you also can sew: 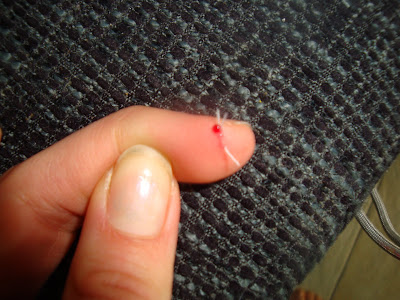 I love finishing a post with pictures of Noah so here they are... 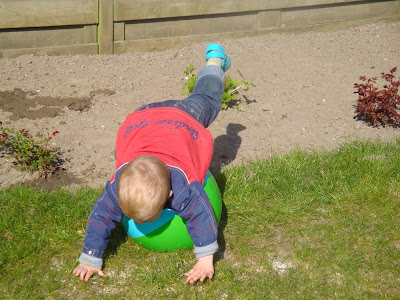 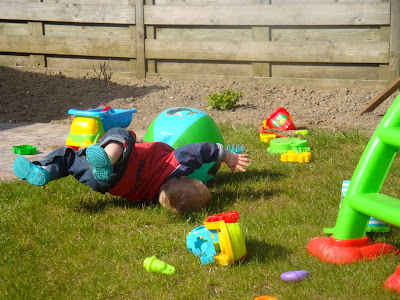 (Noah was tring to get on the ball, it looks like he broke his neck, but notting happend, He was laughing and climing on it again....) 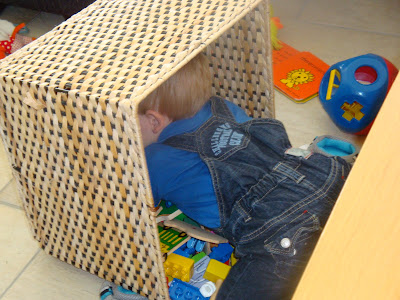 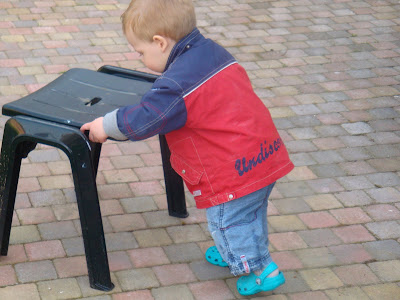 Thanks all for stopping by and leaving a comment...

Those blouses are so nice. You really are a good seamstress, except when you take that needle to your finger! Occupational hazard I guess.

But the blouses looks great. Looks like Noah is having fun outside. Here's pretty windy and cloudy today so it was quite cold.

Ouch that does look painful.
Great job on those cute shirts.

Your stitching is looking great!