Friday on Noah's school Sinterklaas came to bring gifts to the kids, because i'm in the activities committee, I schoot the photo, luckely I brought my own camera, here is a picture of Noah on school (it was the first times I stayed longer): 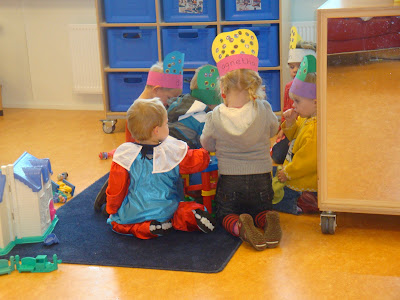 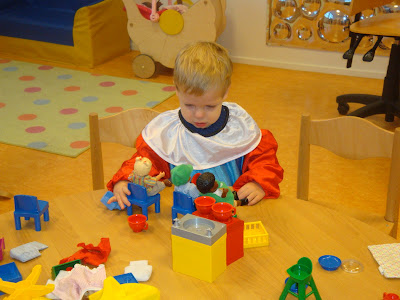 I put Noah in his Pieten outfit.. more children had them on.

Yesterdag we celebrated Sinterklaas with my father's family.
We did surprises (when children are a bit bigger, and don't believe in Sinterklaas anymore we make a funny thing and put a gift in it, we don't know who makes something for who..) I had my niece who playes fieldhockey so made her a hockey-stick 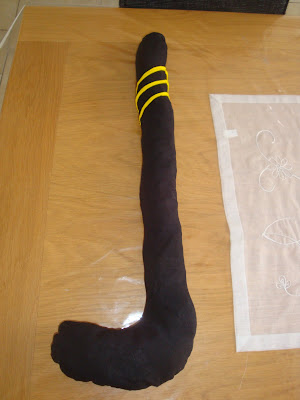 Today we celebrated it with the three (and a half.) of us.
We started with playing with the gifts he got yesterday, watched a Sinterklaas movie, then Noah whent upstairs with DH and I put his gifts on the table, and knocked on the window door. Called Noah and said Sinterklaas and the Pieten where in the house, and the left presents for him..
He loves unwrapping gifts 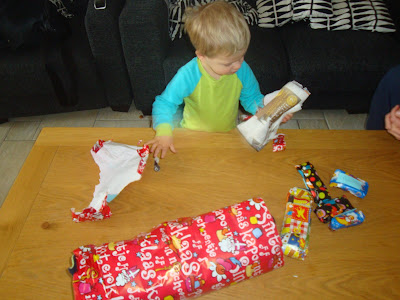 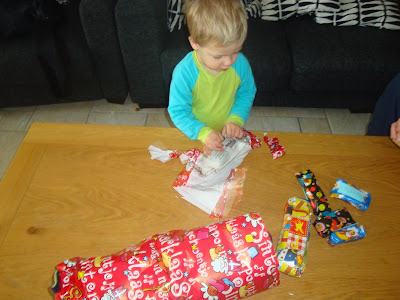 He got the car play mat and some little cars... he loved the cars... 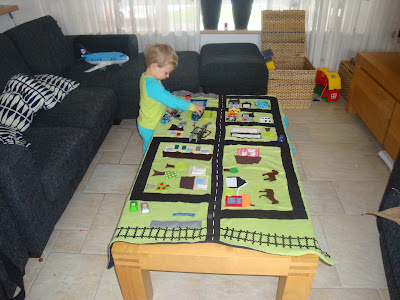 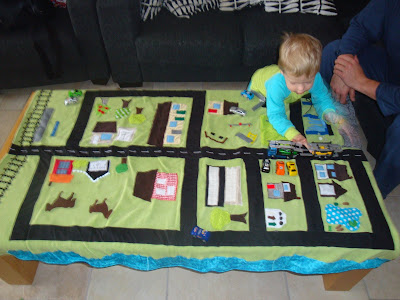 Here you can see the mat better 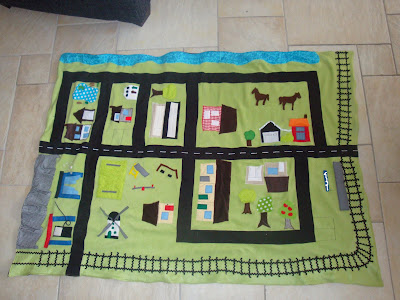 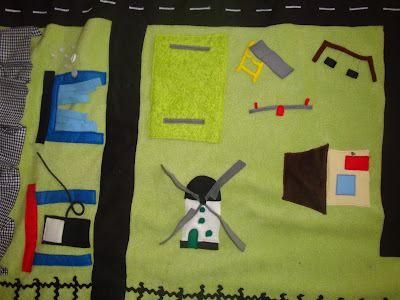 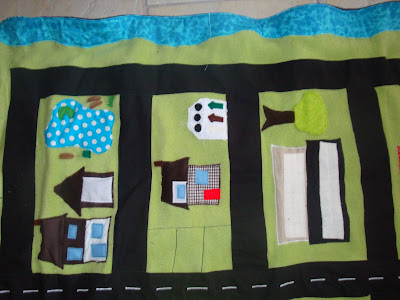 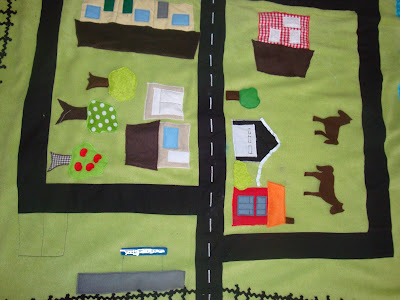 I'm not totally satisfied with it, it's not that straight sewn, and the fleece is curl on the edges..
But Noah likes it, it's my village in small, our friend who live here are on the mat, his school, our house, the mill, playground, train station etc etc..
After playing, I baked French Toast, but Noah did not liked it (he is a bit ill has a fever), then after a while we baked taai taai poppen, it's a traditional yummy with Sinterklaas 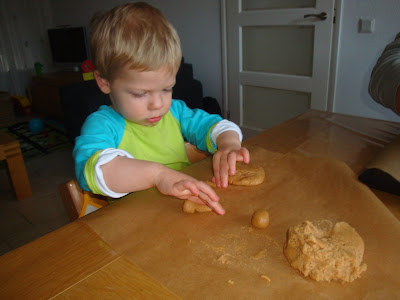 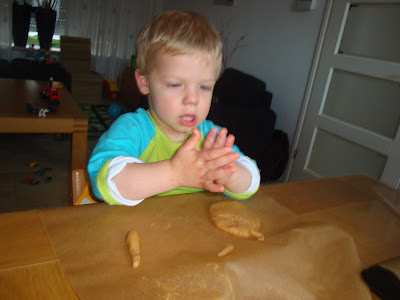 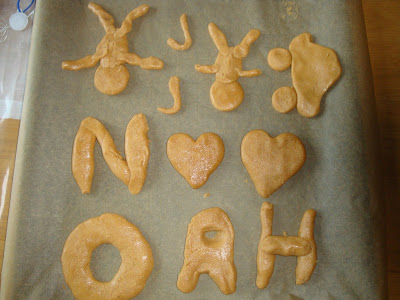 While they where in the oven, we watched the second Sinterklaas movie.
During the movie the cookies where done.. yummy..
For diner I baked pancakes, Noah loved it..
We played a bit with his car and we song to Sinterklaas, and then it was time for Noah to go to bed...
He had a fun day, I removed al the Sinterklaas decoration, tomorrow he is going 'home'. And then we can decorated for Christmas...


Thanks all for visiting my blog and leaving a comment, next time I hope to have a stitching update...
Hugs

You guys have been having so much fun! Love that hockey stick and I want one of those village play mats!

Thank You for visiting my blog again :)

Oh,the play-mat is just awesome-I loved to see that that wind-mill on it.
It reminds so much the land you live.
Actually I have one Netherland themed WIP,
it is called Au Pays des Tulipes by Cmon Monde .
It is a very cute pattern with bright colours and many small tulipes on rows on it.
I dont remember if you have seen it..
D

Your little village play mat is delightful, Annette! I'm sure Noah will enjoy playing with it for quite a few years--little boys always love to play with cars, that's for sure!

Have fun decorating for Christmas now--it sure is a busy month for your family!

Hi!
What a wonderful mat. I am sure it will be cherished throughout the generations.
I enjoyed learning about Sinterklaas thru another blog (Barbara @ mainely stitching) she nows lives in the states, maybe she will still celebrate it.

What a fun time! It looks like Noah LOVED the play mat! I bet he spends many hours driving his cars & trucks around town!

You did a great job on the play mat Annette. it looks and sounds like you all had fun afgelopen sinterklaas dagen.
We hebben nks gedaan dit jaar, alleen we waren uit eten geweest op 5 dec.